Apologies, this should have gone up in August when it was written!

Kielder has a claim to be Europe’s largest man-made forest, but for me it was the campsite we stopped off in on our way to holidays in Scotland in the mid-Sixties. One time I went for a walk and thought I would cut off a large loop in the path by taking a direct line over the hill. I could explore the inside of the forest. I was used to mature broadleaved woods where this would have been a straight-forward process. About 20-30 minutes later I emerged from the thicket having discovered that crossing ploughed planting lines through a young conifer crop was a somewhat different matter. It was my first encounter with the workhorse of British forestry, the Sitka spruce (Tittensor, 2016). I stuck to walking on the roads and rides thereafter. 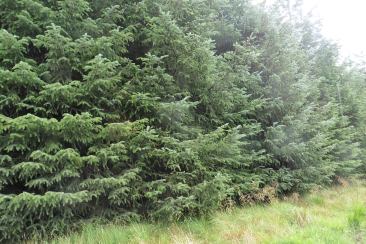 Twenty years later, in the 1980s, I was responsible for a Nature Conservancy Council contract to look at how the vegetation was developing in the forest (Good et al., 1993, Wallace and Good, 1995). Not unexpectedly, there was not much development at all – about two thirds of the stands sampled had virtually no ground flora. Much of the flora interest was confined to the road and ride edges, or other unplanted areas.  This is still often the case.

A more positive way of looking at the results was that at least some of the stands were starting to develop distinctive woodland communities (Wallace, 2003). Some mature stands now have an attractive ground flora of bilberry and mosses with the patches of ferns and wood-sorrel. Small patches of windthrow add structural variety. The diversity developing in the forest was not the equivalent of ancient or native woodland on the site, nor as valuable in conservation terms as some of the open habitats that were destroyed in the original plantings, but neither was it a complete ‘ecological desert’. It was becoming a novel forest ecosystem, as are equivalent stands in Ireland (Quine, 2015).

Sitka spruce and clear fells still dominate. There is limited scope for diversifying the tree species, because of the nature of the site, but through smaller fellings and deployment of open space there is more variety coming in the second time round. Small patches of broadleaves have been planted; birch and willow have come in locally on their own. Areas of open bog have been restored. An interesting development is the spread of conifers on to some of the adjacent open ground through natural regeneration: if we value ‘natural processes’ is this a better way forward than broadleaves in lines of tree shelters! 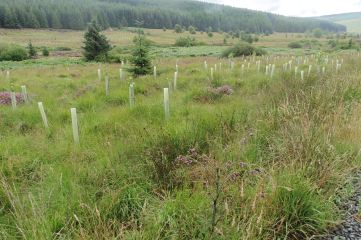 The Forest has become one of the sites for ospreys nesting in England and it has a thriving goshawk population. Pine martens have been sighted.  The scale of the forest means that it should be possible to consider experiments in innovative conservation management.  As far as I am aware there have been no equivalent attempts to add to the flora through the introduction of some of the boreal forest species that might thrive under some of the more open mature stands. The nearest seems to be the interest in the pines in Williams Cleugh (about 5 trees) which have been suggested as possibly remnants/ descendants of native pine in England (Manning et al., 2010). 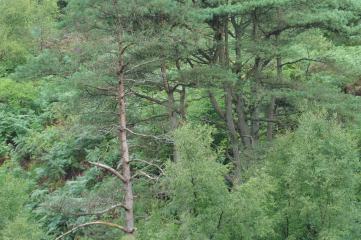 However, given that there seems to have been pine planting in the 18th century elsewhere in the county it is also possible that they are descended from that stock. Does it matter though, in terms of future conservation, since they could be considered as a re-introduction? Seed from these has been collected and planted by the Northumberland Wildlife Trust and Forestry Commission https://www.nwt.org.uk/news/2017/01/12/new-year-new-%E2%80%98wildwood%E2%80%99-project-kielder.

Forestry and Kielder have changed a lot since the 1960s: a large chunk, including the campsite we used is now submerged in a massive reservoir to feed Tyneside heavy industries, that then closed down.  It is still primarily a production forest: large timber lorries hurtle along the roads which have been much improved since we trundled along them, but in addition there is much more tourist traffic. In the 1960s we thought the campsite sophisticated because it actually had a purpose-built toilet and bathhouse block. Now there are a wide range of facilities, particularly associated with the reservoir and water sports, but also wildlife hides and ‘dark sky’ observatory. 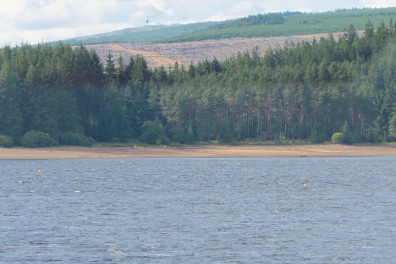 Much of the forest is always going to be fairly uniform, because of the nature of the topography, soils and limited crop choice. That was true also of much of the former sheep walk. Instead we should see the forest as a distinctive twentieth century landscape with its own evolving vegetation pattern.