My plot recording in Wytham Woods to provide a baseline of the condition of the vegetation at the start of the Ash Dieback outbreak has gone well, albeit I could have done with slightly cooler conditions. At times I was wilting nearly as much as the dog’s mercury. Three-quarters of the plots have so far been surveyed with the rest to follow over the next couple of weeks. Signs of Ash Dieback are widespread although amongst the mature trees only a few are so far showing severe symptoms. I fear it is only a matter of time however. 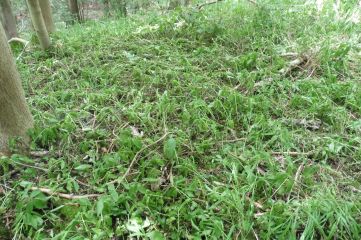 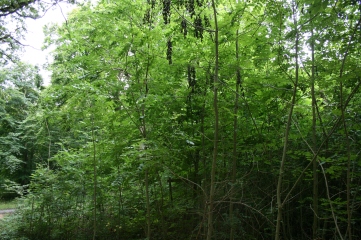 Unconnected with the ash problem, some of the mature oaks have died since the last recording in 2012. A colleague who has been looking at this over the last few years has found a possible link with a previous drought in 2003, in that many of the trees that have died since started to show slower growth from that time on. If this is confirmed there is the worrying possibility that we will see another burst of mortality from this summer’s heatwave. 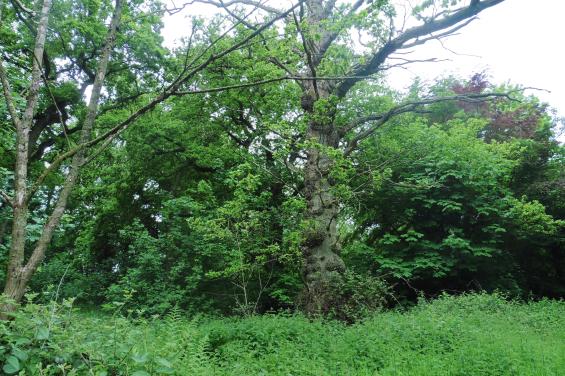 An oak tree showing dieback in 2007; it has since died completely.

Many of the mature oaks are however of a similar age, between about 150 and 200 yrs, a consequence of the re-organisation of the Wytham Estate in the early 19th century. Perhaps some of the mortality is simply that this cohort is at ‘stage of its life’, when many of the trees die-off leaving only those in the most favourable situations to go on to become ancient. With humans a similar thing happens in 60s and early 70s – get through these and you are likely to hang on for another decade or two. It is not a complete analogy because trees do not have a determinate life-style like mammals, but I feel it is an idea worth considering. 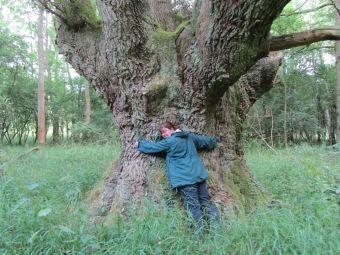 How many 200 yr-old trees, like the one being cored, were there in about 1600 which did not make it through to the present as ancient specimens?

Meanwhile back in the plots, it has been interesting to see what has happened to the trees that were newly fallen at one of the earlier recording times. Some of the birch have disappeared almost completely, with just the trace of slightly raised ground where mouldering remains lie and a mound representing what is left of the root-plate. Beech and oak, as might be expected, have lasted longer.

The slight mound in the centre of the first picture is all that is left of a fallen birch after about 20 years; the beech log in the bottom of the second picture fell at about the same time and is still reasonably solid.

In the North American literature there is much work on ‘nurse logs’ as sites for tree regeneration in conifer forests. Well-rotten logs can provide a relatively safe site for young seedlings to establish above the competition from the ground flora. I am not sure if anyone has looked at whether this might also apply to British broadleaved woodland but some of the rotting logs in Wytham have built up quite a rich vascular plant flora. 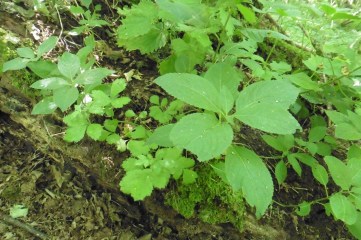 As well as some ash seedlings this log has Wood Sorrell, Dog’s Mercury, Wood Avens and Nettles amongst other species growing along it.

Charles Elton, who worked for many years in Wytham, was particularly interested in these decay processes and labelled particular logs so that their long-term decay could be followed. It would be interesting to try to set up a comparable survey and follow some of the dying and dead trees through their subsequent decomposition – but for now the priority is to finish off the last 44 plots.

A rare survival – one of Elton’s labels.

One thought on “Death and decay in the Woods”