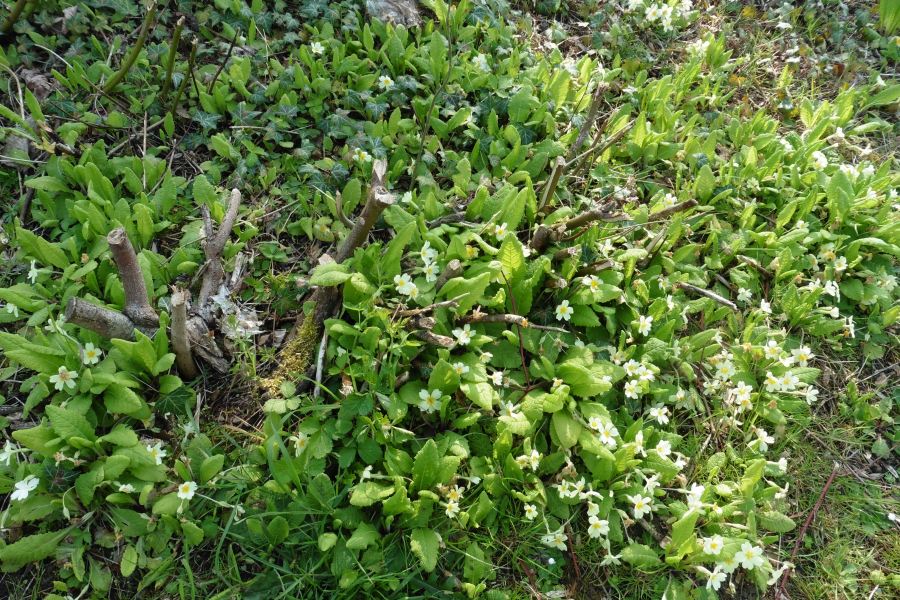 The principles around introducing wild flowers to new sites were explored in the 1980s in relation to creating species-rich grassland from scratch or through enrichment of existing fields (Wells et al., 1981). Grassland introductions have since developed to the point where there are a wide variety of wildflower mixes available from commercial seed firms. It has taken longer for ground flora introductions to be accepted as a conservation technique in new woodland (Blakesley and Buckley, 2010).  People had of course long been introducing species for aesthetic reasons: there are clumps of Daffodils and Snowdrops on the top of Wytham Hill for example. Other species, such as Pendulous Sedge or Butcher’s Broom, might be introduced apparently as potential food for pheasants.  However, in 2008 the charity Flora Locale noted in one of its leaflets ‘On farms, in forests, city parks, suburban gardens, quarries and on roadsides – British wild flowers, trees and shrubs are being sown and planted on an unprecedented scale’. 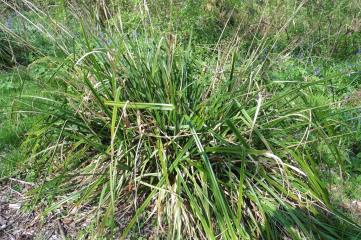 In the 1980s Laurie Boorman of the Institute of Terrestrial Ecology, set up a small-scale trial of woodland ground flora introductions for ecological reasons in Milton Keynes. This was followed up by Joanna Francis as part of her Ph.D from the University of London (Francis and Morton, 2001).  Milton Keynes was chosen for this work because there was a great deal of planting of native trees and shrubs along roadsides and amongst the houses. The plethora of roadside strips made Milton Keynes a good choice to trial ground flora introductions. 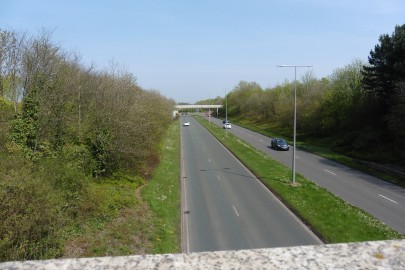 No shortage of new roadside strips to play with!

The initial work involved both the sowing of seeds and planting of young plants into six young plantations. Establishment was good: some species took better than others but all but one were found a couple of years later. Over the next ten years regular visits confirmed that the introduced species were surviving and in 2000 a more detailed re-survey was carried out. Foxglove was no longer found but it needs open woodland and the plantations had probably just become too dark for it. The other species were still in most of the woods where they had been introduced, but the spread to new areas was slow. Wood Avens had done well, as had Red Campion and Hedge Garlic where conditions were suitable.  Bluebell had also spread perhaps because many of the plantations are on embankments. The Bluebell seeds could spread by just rolling downslope. 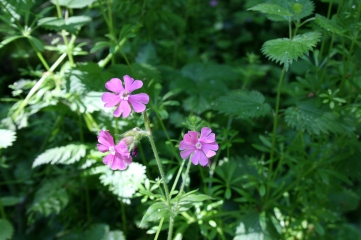 Since the initial trials, more than 100 hectares at Milton Keynes have had woodland species introduced to them, including specialists such as Wild Garlic, Primrose, Pignut and Sweet Woodruff. The species used were, with a few exceptions, all locally native plants. ‘A visit to these plantations in spring may surprise the majority of woodland managers. Those expecting rank “weed” species to dominate …will find instead a wealth of woodland field layer species growing vigorously beneath the trees’(Francis and Morton, 2001).

The ground flora introductions clearly then made a difference. On a recent visit the stars were the Primroses, in full bloom. The Bluebells were less advanced. Other woodland species seen included pendulous sedge, Wood Avens, Stitchwort, Ramsons and Red Campion. In places the Primroses were so abundant that the banks could be used as an unofficial source of plants for introductions elsewhere in the city.

Overall, my impression is that the enrichments have been a success. A range of different woodland plants have established and spread to an extent that probably would not have yet happened if the belts had been left to natural colonisation. The challenge will be now how to manage the belts to diversify their structure, albeit they are rather more diverse already than typical roadside plantings of that era, e.g with some hazel understorey in places. It would also be desirable to try to get more surveys done of how far species have spread beyond the original introduction sites, following up on the work by Jo Francis and colleagues.

The Milton Keynes experience is likely to be increasingly relevant to future conservation because there are currently strong claims that a step-change in woodland creation is needed as part of the government’s climate change response. Whether this happens through natural regeneration (as farmland is given up because we have all shifted to a plant-based diet) or through deliberate planting as with Northern Forest, there is a risk that large areas of ‘dull’ woodland are going to be created, unless ground flora introductions are also considered.

We know how to create new woods with a dull flora, but is that the limit of our ambitions?

Recently there has been renewed interest in Scotland in introducing woodland ground flora to the many plantings that have taken place through the Central Belt and which are often overrun just by Nettles, Hogweed or Rosebay Willowherb. Trials are being established to demonstrate cost-effective ways of integrating the introduction of the ground flora with other aspects of the woodland creation process. The aim is that introduced plants should act as sources for further natural colonisation of the woodland (Worrell et al. 2016).

I believe deliberate introductions of new ground flora will become more widespread in future and more ambitious. We may find the current trials relevant to discussions on ‘assisted migration’ of species in the face of climate change, because, if the current projections for what is going to happen are anywhere near correct, natural migration rates seem unlikely to keep up with the environmental shifts.

One thought on “Introducing wild flowers to new woods”