My first visit to Oostvaardersplassen, in the Netherlands, was in 2004 https://en.wikipedia.org/wiki/Oostvaardersplassen. At that time ideas around rewilding were still relatively novel to me and to the conservation sector in Britain generally and my colleagues and I came away excited by what we had seen (Hodder et al., 2005). I was not sure how much the reserve had changed in the meantime and whether my reaction to the place would be the same after a further fifteen years of rewilding discussions. 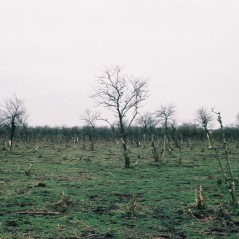 From the 2004 visit, collapsing elder scrub, the Heck cattle and Koniks amongst sallow.

Unlike in 2004 this was a private visit and I was restricted to areas open to the general public. However there are new visitor centres at the south-western and north-eastern end of the reserve with the usual café, shop and meeting rooms. A group of Dutch landscape architecture students were having a session there. They were spending time in the area, exploring how people relate to the different elements of reserve. There are also several high points around the edge of the reserve where you can see across the dry southern half of the reserve. (Note that close-ups of the animals are from 2004 when I was part of ranger-led tour).

Views (2019) from the edge of the reserve of cattle and horses at the limit of zoom!

The first views were actually from the railway line along its southern edge: large herds of cattle, ponies and deer were seen. Some of the cattle and ponies were feeding off hay, a consequence of the controversy following the 2018 winter die-off of animals. The reserve managers have been required to provide some winter food for animal welfare reasons.

From the viewing platform at the north-eastern centre an old hide was visible in the distance but currently not accessible. The path to it had led through a block of woodland that were being badly bark-stripped in 2004. Most of the trees now appear to have died/been cut down, with new ones being planted, individually caged to prevent them being browsed off.

Severe bark stripping of poplar and willow in 2004; the area is now being replanted.

On the 2004 visit I found it hard to get a feel for how the different bits fitted together and what the overall landscape was like. This time it was easier to appreciate its sheer extent, flatness and openness – a mosaic of reeds, channels and pools, and blocks of dryer grassland where the bulk of the animals could be seen, at least on this visit. The scale of the herds, the numbers of animals involved remain very impressive. The birdlife, even to a non-birder, is clearly fantastic with huge flocks of geese, various other waterbirds and raptors in-view or overhead much of the time. 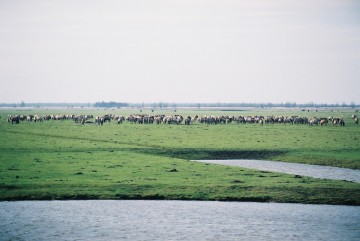 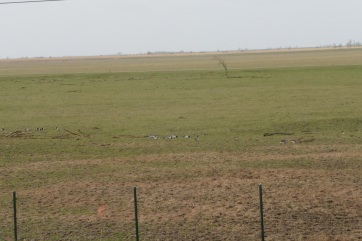 My impression is that there are fewer trees and shrubs than there were in 2003 at least in the southern dryer half of the reserve. There seemed quite a lot of scattered bits of wood lying around. Many of the larger trees seemed dead and bushes were much knocked about. Cornelissen et al. (2014a,b) estimated woody species cover as about 30% in 1996 (largely trees and shrubs, particularly poplar, elder and sallows, that had established prior to the large herbivores being introduced. By 2011 it was less than 1%. On my 2019 visit there were patches of scrub visible in the distance, presumably sallows, amongst some of the reeds, perhaps protected by the wetness of the ground. The contrast is with the areas to the south of the railway line which are not so heavily grazed (if at all) where scrub and poplars are still abundant. 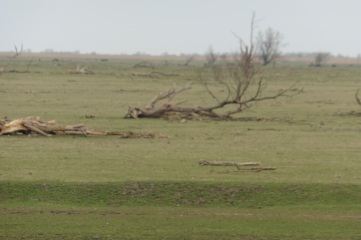 Remnants of former woody growth; dense elder scrub outside the reserve to the south of the railway line.

The reserve is, at least to British eyes, inextricably linked to Frans Vera and hence also to his ideas on tree regeneration, large herbivores and the natural landscape structure in the pre-farming era (Vera, 2000, 2009). While there may be regeneration happening in the protection of thorny scrub somewhere out on the plains I could see no sign of it from my viewing points and nor did Cornelissen et al. report any. It is not a wood-pasture in any conventional sense. Frans has pointed out in recent talks that the fertility of the area and the fact that the animals are confined there even in very bad conditions (when they might otherwise have moved inland) may mean that this landscape will always be predominantly open.

One of the path signs and Frans photographing the horses in 2004.

Overall my impression is that, apart from probably some loss of tree and shrub cover the general appearance of the reserve has not changed a lot in the last 15 years. It remains a brilliant, brave approach by the Dutch authorities. Its management will remain controversial and the welfare issues may lead to more interventions in the future than was the original intention. However, without pushing the conservation boundaries in the way that has been done here, I wonder whether the debates around rewilding generally would have got off the ground in Europe. Without Oostvaardersplassen we might not have the many other exciting projects that taking place across Britain and continental Europe. 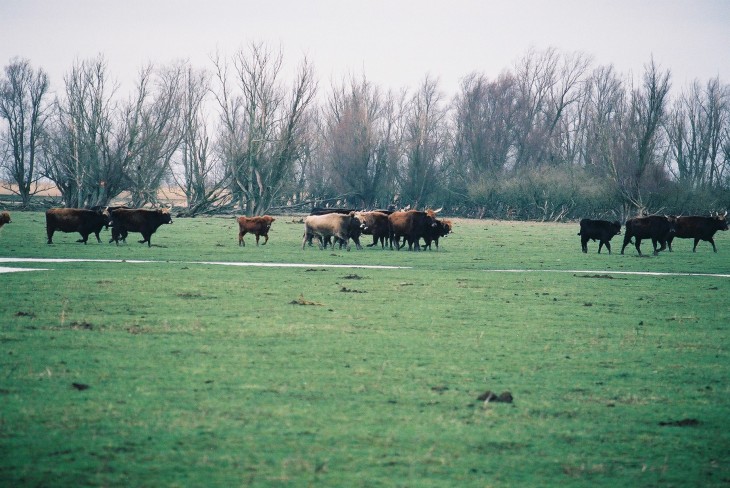 I will try to put something up about once a month about British woodland. Hopefully some of it may be of interest. The Old Man.
%d bloggers like this: