And with good reason, given the way we have spread elm disease across continents.

There was a big elm tree at the top of our garden by the road, elms in the adjacent hedge, and a couple of other small clumps on our boundaries when I was boy. I remember Dutch Elm Disease appearing in the trees in the late 1960s; the premature yellowing of the leaves one season, then progressively more dead stems. We cut the dead stuff out, partly in the hope that it would stop the disease, but also because we always were on the look out for firewood. A waste of time in two ways: the ‘sanitation felling’ did no good and elm is a notoriously bad burner.

The elm tree by the road.

The tall elms along field boundaries behind our house gradually went and that probably made it easier for the farmers to grub out the rest of the hedgerows as part of the drive for agricultural intensification. The various national forestry censuses show a decline in elm, against the general increase in broadleaved tree cover from 1947-2001.

When I moved to Oxford at the start of the 1970s the disease did not seem so obvious, because I was less familiar with the landscape, but hedgerow elm trees were going as they had in Essex. Charles Elton had photographed trees near Stanton Harcourt in 1957 that were already showing the disease.

Elm was never a major component of Wytham Woods but it had grown well. Notes in the management plans from the 1950s comment that there had been elms 150 years old, 90 cm in diameter, of sound timber. In 1947 Charles Elton noted in his diary that ‘the elms were flaming pillars of yellow in the plain’ (Elton, 1942-1965). There had been a group of tall trees known as Five Sisters on a corner of the Singing Way, the main track through Wytham Woods. Elton’s diary note for May 1964 mentions that there were only two surviving and these would soon go, leaving us with just a clump of spindly resprouts. 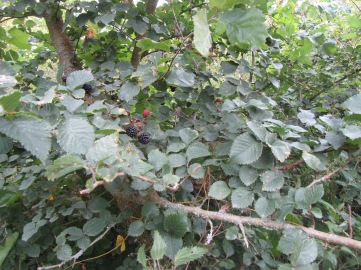 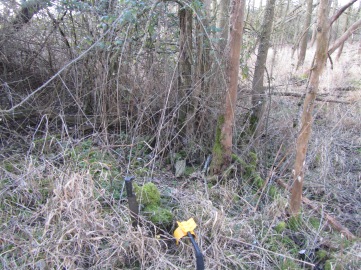 Spindly resprouts, all that remains of the Five Sisters; one of the Dawkins plots with only thin elm stems.

Elm survives in Wytham, as it does in Essex hedges, but rarely gets to any great size before it succumbs again to the disease, collapsing into a criss-cross of decaying logs amongst bramble, cleavers, tall grasses and nettles. 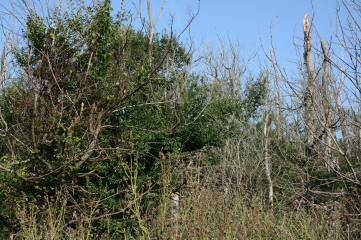 A second round of elm deaths in Overhall Grove, Cambridgeshire and in a corner of Wytham.

In Cambridgeshire Oliver Rackham (1975), (2003) mapped the elm stands in Hayley Wood and what happened next. Where the Elm died, the response of the ground flora was initially rather like that after a coppice-cut: oxlip did well and buried-seed plants such as ragged-robin and remote sedge emerged. Deer were attracted to the area and grasses (tufted hair-grass, rough meadow-grass, creeping bent) became abundant. By 2018 the gaps had mostly closed over but could still be distinguished as patches of young ash over low bramble, tufted hair-grass, false brome, nettle and meadowsweet.

In the north and west of Great Britain Wych elm was more common than English elm. Wych elm is less susceptible to Dutch Elm Disease and is usually only a component of mixed woodland along streams and other base-rich sites rather than forming large single-species patches.  The canopy gaps created where wych elm dies are usually smaller and more quickly filled by other tree species such as Ash and Sycamore. The disease has therefore had less effect on the ground flora in these upland situations. Losses of elm-specific mosses, lichens and invertebrates, such as the White-letter Hairstreak, have however occurred.

Serious though the loss of elm has been, it is not the first time the tree has shown massive nationwide declines. There is a crash in the abundance of elm pollen in many peat cores; this happened between 7000 – 5000 years ago in the Lower Thames valley (Batchelor et al., 2014) and many attribute it to an earlier bout of Dutch Elm Disease. Gradually, over centuries it seems the fungal pathogen may lose some of its virulence, the trees develop more tolerance and elm moves back up into the main canopy. Perhaps that will happen again.

Meanwhile the ash that replaced elm in many woods is itself dying from another introduced disease. We are still (officially) in the first decade of the presence of Ash Dieback in Britain (although it probably arrived before 2012). The disease is working its way steadily through the country and in Wytham as in many other woods we can expect a lot more dead trees over the next few years. As with the Dutch Elm Disease outbreak there is little we can do about this at the moment.

Some species will become rarer as a consequence of the dieback, others will benefit from the new conditions. As the old song says ‘What can’t be cured, must be endured’ and perhaps we will find that in the longer term our woodland systems will recover, albeit taking on a different form to that we have become used to.