There are interesting discussions going on about the role of keystone species and whether ‘lost’ species should be re-introduced. We have the lynx proposal for Northumberland, official and guerrilla releases of beaver, the spread of wild boar. Elsewhere low populations are being reinforced, for example red kite releases and the recent pine marten translocation in mid-Wales. Trees are also keystone species – they effect the composition of many of the other groups, through the structure of the woodland that develops under them and through the particular characteristics of their shading, litter, heartwood, or bark chemistry. Part of the concern about the potential impacts of Ash Dieback has been because ash is seen to give a distinctive character to the stands in which it occurs (Mitchell et al., 2014). 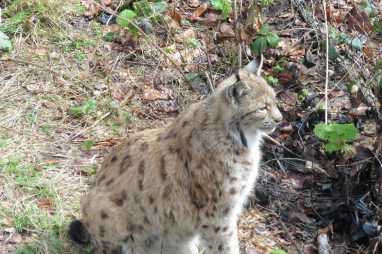 Lynx as a possible introduction; ash – a keystone species about to lose space

Small-leaved lime is generally considered to have been much more abundant in English woodland in the distant past. The evidence for this comes from the pollen record but also from more substantial macrofossils (Greig, 1982). It went into decline several thousand years ago which may have been partly driven by climate but was probably also caused by  changes in the way that woods were being treated, e.g. through livestock grazing. Lime has different characteristics to the main trees that replaced it (oak, ash, beech) – it casts a much heavier shade than oak or ash, but its litter, unlike that of beech and oak is relatively easily broken down. It has relatively smooth bark, like ash and beech, but unlike the thick ridged bark of old oak (Ellenberg, 1988). 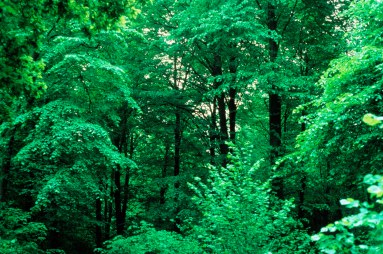 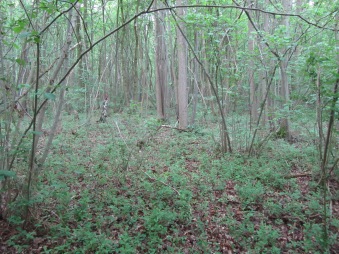 Lime high forest in Norfolk and lime over honeysuckle in Lincolnshire

Lime survives as a relict distribution across much of the country and particularly towards the north regeneration was thought to have been limited by low summer temperatures.  That may be much less true in future, even if we succeed in halting further climate change. At Roudsea Wood in Cumbria for example, I am told that seedlings and saplings of lime have become more common in recent years. An argument might be made against planting small-leaved lime in ancient woods where it already occurs to avoid interfering with such natural spread, but I cannot see that should be a problem with including the species in new planted woodland, where its origins will be obvious. We have after all reintroduced the Lady Slipper orchid to various northern woods. If lime does spread out from such stands, how is that more of a conservation distraction than the spread of re-introduced kites, sea eagles or pine martens?

Could similar arguments be applied to Scots pine in England? It was once widespread in the early Holocene. Its decline is generally attributed to competition from the spread of broadleaved species and the formation of closed shady woodland. Broadleaved trees commonly regenerate under pine plantations today.  However, did pine totally disappear, or might it have survived as localised stands on certain soil types and situations as it does on the Continent? It might, for example, have remained in places on acid sandy soils, or at high altitudes, or as a temporary element following major disturbances. An entomologist colleague used to argue that some of the ‘pine’ invertebrates found in southern England pointed to a long-term presence of pine trees if not pine woodland.

Broadleaved regeneration under a pine plantation on Anglesey; pine at the tree-line in Scotland

It is clearly able to cope with current conditions regenerating well on the heaths of the New Forest even in the face of grazing. Stunted pine on Northumberland bogs look very similar to pines on naturally wooded bogs on the Continent. There is then an intriguing reference in John Evelyn’s Sylva to pine on the raised bogs of North Lincolnshire. This last cannot be taken as proof of survival from an earlier time, but it is not dissimilar in nature to the evidence that Bryony Coles uses to argue for survival of beaver in Yorkshire into recent times (Coles, 2006). So, is there a case for recognising naturalised pine in England as effectively an uncontrolled re-introduction of a formerly native species? We cannot say how similar genetically such trees are to the former native pine, but if the English populations derived from those on the Continent then it would be little different to the decision that was taken with the released wild boar. Their genetics could similarly not be compared to that of the former wild populations, but it was concluded that genetically they were similar to the genetic range found in wild continental populations.

Pine on bogs in Northumblerland – visually little different in composition and structure to stands in Scotland or Eastern Europe.

I am not suggesting that conservationists start encouraging lime and Scots pine everywhere in England. We live in and are conserving cultural landscapes; we can and do decide to favour some species here and others there, independently of their original-natural distributions. There would need to be more thought given as to the origin of any planting stock that was built up. However there does appear to be some inconsistency in our attitudes to trees compared to attitudes to big furry or feathered creatures in this respect that is worth further consideration.

One thought on “Are trees overlooked keystone species in the re-introduction debate?”